Keeping Up with Modern Gaming Trends

Overwatch is over 5 years old, and its age is beginning to show - especially when compared with other competitive multiplayer games.

Update the game's menus to give players more agency and keep the game feeling fresh.

User Personas represent the two most common user types based on the research insights. 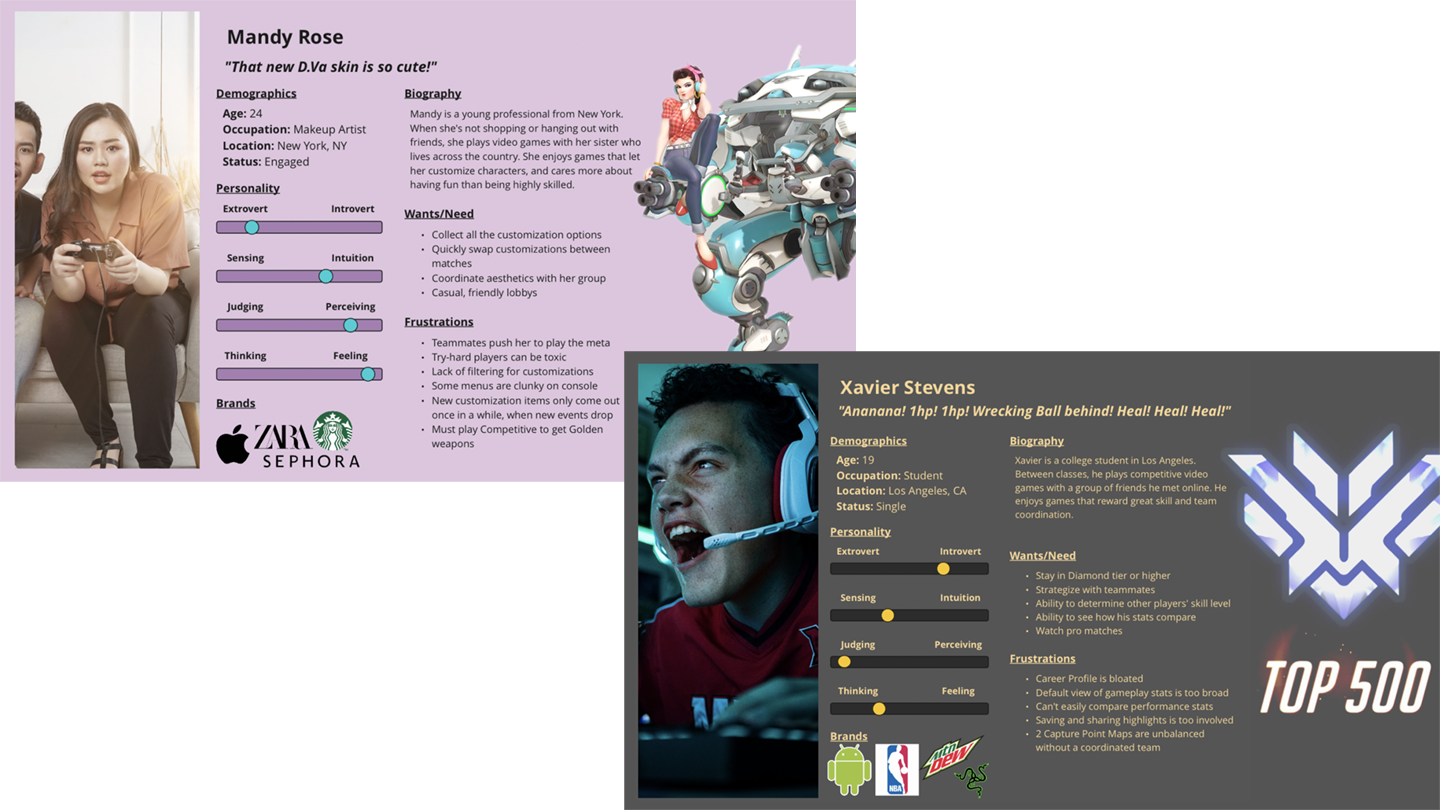 Mandy is a young woman who plays casually with her sister. She cares mostly about having fun and making her characters look good.

Xavier is a college student who plays competitively. He cares most about his gameplay stats and showing off his skills.

More user testing was employed to ensure the design was clear and intuitive, even for new players.

Overwatch's menus are clean and minimal, but perhaps too much so. The current design introduces moments of friction and lacks information in service of the menus' minimalist appearance. Modern gamers are accustomed to having more control and information at their fingertips, and the lack of that agency makes the game feel a bit dated. By refreshing the menu UX with quality-of-life improvements, we can quickly, easily, and inexpensively breathe fresh life into the game.